Sandor mentioned, that he plans to compete on two IRRC races at the end of summer. In Hungary, mostly the British and Irish races are known, plus the Macau GP. Only a few know, that there is a „continental” road race series. This is the International Road Racing Championship, the IRRC.

The first race at Hengelo was held last weekend. Mostly German and Benelux racers compete, but Sandor's good friend, Paul Shoesmith is a regular participant of the series. Last year champion, Branko Srdanov from the Netherlands also races at the ICE Valley BMW team.
All races are very popular, and also good-ranked.

Terlicko race is held near the Czech-Polish border, on a six-kilometre long circuit. Here are many spectators, here competes the Czech Road Race Championship field, as well.

Here is a Czech-language footage about the last year Terlicko race:

And here you can watch an onboard footage from a race (on the footage, the race starts at 03:54)

This race is held at the famous Frohburg triangle in Germany, which is a 4,75 km long circuit. It is more than 50 years old. At this festival, there are plenty oldtimer cars, and sidecar motorcylces, as well. Here are shows, concerts, to attract viewers. Alongside the track, there are only a few trees and pylons, so we can call this as one of the most safe road race.

Here you can see some onboard laps, sitting on Udo Reichmann’s BMW.


Sandor will not compete on TT :(

"I wish all the best to the Hungarian racers at Monza, especially to my H-Moto teammate and friend Alen Gyorfi.

Unfortunately, I cannot participate this year neither on NorthWest 200, nor on Isle of Man TT. This is a result of continious bad luck. I am very sorry, but no one is responsible for this, so I am not angry, just a bit disappointed.
Official and detailed statement will come on the next week, after we discussed it with my mentor and teamleader Krisztián Kelemen. Currently I take care of my health and my condition. We plan to compete on two races of the IRRC (International Road Racing Championship) at the end of the summer: at Terlicko and at Frohburg.

Special thanks to SHOX: Laci and Era Hunya.

That's it, I have to accept this case, and go on.

I kindly ask the people not to judge me, as it was a result of circumstances that were not under our control. It is very bad to us. I am not whining. I concentrate on the future, and I wish a lot of success to all members of the ICE Valley BMW team."

The Cookstown 100 was held last weekend, as the first of the big road races. It is held traditionally on the 2.1 mile long Orritor-circuit, where Sandor also raced in 2011. He then finished second on the Superbike B race. It was a big happiness to see Michal Dokoupil returning to racing, as two years ago he suffered on this track seroius injuries.

The biggest winner of the event is the very popular Michael Dunlop. He won not only two superbike races, but also broke the lap record. Guy Martin could enrich his collection with the Supersport trophy.

Michel Dunlop started from pole position, and despite Derek Sheils from third on the grid took the lead in the first lap, Dunlop took the lead back, and kept it until the chequered flag. Second was the also popular Guy Martin, Derek Sheils stepped as third to the rostrum.

Alan Bonner, Brian McCormack, and Stephen McKnight did not finish.

The first four lap saw the battle between Michael Dunlop, Michael Pearson and Guy Martin, they were all within one second! In the fifth lap Pearson lost the pace, who was overtook by Derek Sheils in the sixth lap. Martin and Dunlop remained in the fight for the victory, which went to the latter, creating a same podium as on the Superbike A race.

Though Michael Dunlop started from pole, and Guy Martin from the fourth, the end of the first lap saw this positions switched: Guy Martin was leading, and Dunlop was fourth. Between them were Michael Pearson and Robert Wilson. Dunlop progressed into third in the second lap, and into second in the third lap. Despite he reduced the gap between him and Martin, he could not overtook him, so the order remained until the chequered flag. Martin won, Dunlop second, Dean Harrison finished third. The bronze man from the two superbike races, Derek Sheils missed the podium this time, finishing fourth.


All riders finished this race.

The next road race will be this weekend's Tandragee 100.

In the recent days, the website was not really active, we wrote things only to the facebook. But from now on, this page will be active again!

"I am very happy! My friend, Paul Phillips, the boss of TT confirmed the acceptance of my application! It is a bit strange, that I missed one year, and my instead of my race plate #49, I will race with #52 at Superstock, #54 at Senior TT, and #57 at the Superbike race in Ice Valley by Motorsave Trade BMW livery!  My puny knee injury sets me back, but I will train with clenched teeth for the success! I am always excited before the application, but when I know I am counted on, that always multiplies my dedication and willpower! I do my best to deliver the best possible performance! I can't wait for riding at Pannoniaring again! Thanks to everyone!"


Hard days are over!

"The first anniversary of my grandmother's death made me contemplate! After losing my parents, I made a lot of incorrect decisions and made a lot of friendship with wrong people.  Some sentences from the movie 'Peaceful Warrior' made my way clear for me, I wish that my true friends, my parents in the Heaven would be proud of me again - and my wife, Gabi as well, she stood by my side in the hard times.

These quotes: "A warrior is not about perfection or victory or invulnerability. He's about absolute vulnerability, and this makes him very brave!" "A warrior does not give up what he loves, he finds the love in what he does!" Greetings Sandor"

"Thanks for everyone's help, who supported me in this year! I never had such a crap year like this.

Now, before my regular gym and motocross trainings, I have to go to a hospital. I am over 40 now, and I had so much accidents and stress. Before I start to prepare hard for next year Isle of Man TT, I have to know, what am I allowed to eat, drink, when and what to train! Despite the lot of working out, I could not lose weight! So, for a few days, I will be in hospital.

Until I will be in, my best friend Norbert 'Tompo' Ferencz, who is my MX - bro for 27 years, will help to prepare my crossbike. He managed to get such a rare piece: a Donny Schmidt replica Yamaha from '92, and he will renovate it!


I will get a new crossbike!

"As a fruit of a co-operation started in 2008, with the help of the leaders of Hungarian SHOX Bike Store, Erika and László Hunya, I got a 450 crossbike! I will have also a new bodywork painted white, only with my sponsors on it!  The white colour is for because I don't want any brand to be connected with my name, as none of the Hungarian importeurs supported me to have a crossbike for training for the next TT. However, sorrow now is replaced by happiness, as Erika and László Hunya support my start for the next year's Isle of Man TT. I am proud, that in the quiz game of the Manx Radio, where riders had to be recognized by their eyes, I was among the many riders to guess, and I was known by many. While, in contrast, in Hungary... Pictures can be expected at next week! Many-many thanks for the help of the SHOX leaders for this incredible big help! Sandor

I spent the last weekend of September with thinking, I just would like to have my audience to know that I close out the racing affective-factors, and I blame for this weak year nobody but myself!

I must not made the same mistakes again! Racing is everything for me, and I sacrifice everything in order to be at the Isle of Man next year

I had to decide after the disasters, that I take the huge risk or not. I take it, despite the fatal accidents of Mark Buckley and Trevor Ferguson make me sad, and crashes of my close friends 'Hong Kong' Thompson and Shoey that resulted serious injuries.

Thanks for everyone, who still trusts in me, and supports me! I hope that at the end of October I can ride for a few days at Pannoniaring, and have rest at Hotel Bassiana, where I am a welcomed guest!

Last but not least: I made an interview with the well-known British commentator and former racer, Jamie Witham, that you can read in the next Superbike Magazine! (This was not published due to some reasons - editor)

"After my best TT result, with my friend Jamie"

"I watched the olympic victory of our boxing champion István 'Kokó' Kovács from Atlanta, on VHS on Wednesday evening. It gave me strength, and made me realize I have to change back, at least to my last year Isle of Man race, where i fought like a tiger to get into top 30 despite technical failure, and after my superb 2009 TT I broke the mighty 120 mph limit with the KMR Kawasaki, and got into top 30.

Now I have to be honest, I have to do everything for the success again, even if I will fail! In the latest times, I did not do this. There were always some factor that made me give up my dreams. This cannot happen again! I must not choose the lazy life with the neighboring friends!
When I will have competitive weight and condition again, and somethings slips in, then I won't care because I will now, it was not my fault.
I considered this important, I just had to say! I blame no one, but myself!
But we will stand up from the floor! Attack again!" 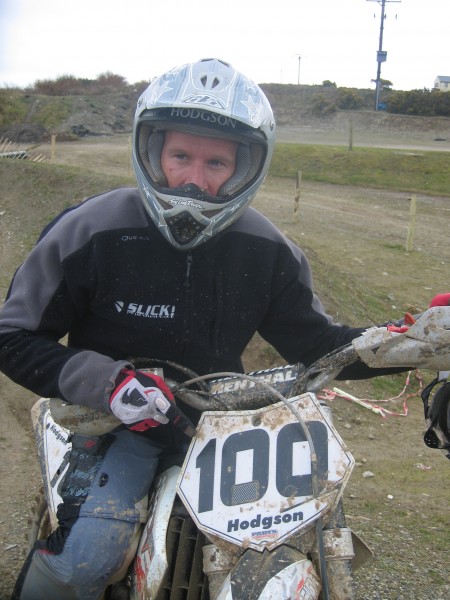